Teens can find some unusual ways to get high — and many of these involve substances that are easy to find around the house or readily available online. And using these substances to get high can result in severe injuries, or even death. That’s why it’s important for parents to stay abreast of trends like these: 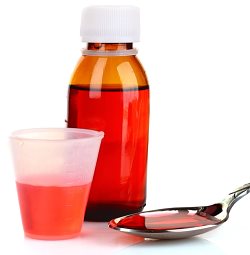 Legal, cheap, and easy to buy in most stores, cough syrups and cold medicines that contain dextromethorphan are another way teens and adolescents are getting high. When it involves drinking large quantities of Robitussin, kids call it “robotripping,” a
nd “triple C” refers to Coricidin for Coughs and Colds. Both products use dextromethorphan as their active ingredient.

The Partnership for a Drug-Free America claims that almost 10% of all American teenagers have tried robotripping at least once. And the effects of consuming large amounts of this drug are very serious — impaired speech and vision, lack of coordination, nausea, vomiting, and severe diarrhea are common short term effects. Long-term effects include cerebral hemorrhage, seizures, brain damage, and in the worst cases, death.

It can take as much as a few hours to feel the psychoactive effects of myristicin, so kids will continue ingesting it until the drug starts to take hold. By that time, the myristicin in their systems has reached truly dangerous levels, and it may take one or two days for the effects to completely wear off.

Freon is another recent addition to the list of common household products kids are using to get high. Your home air conditioner contains freon, and teens have found it relatively easy to pry air conditioners open to access the freon gas held inside.

The least serious effect of inhaling, or “huffing” freon is frostbite. Freon can cause serious damage to the lungs by freezing lung tissue. Since the gas is usually inhaled from inside a plastic bag, some teens have died from suffocation. Freon inhalation also causes severe brain damage, and can result in death by cardiac arrest.

You probably already know that “bath salts” have nothing to do with baths. They’ve been in the news frequently over the past few years, and in 2012 many — but not all — of the ingredients in these amphetamine-like drugs were made illegal by the federal government. Some bath salts, however, are still available online, and they’re also pretty easily concocted by home “chemists.”

Bath salts can cause teens to feel highly agitated and paranoid. They induce hallucinations, raise heart rates to a dangerous level, and bring about thoughts of suicide. And although hallucinations fade within a few hours, suicidal thoughts and behavior may continue to affect teens long after the drug has worn off.

Inhaling the aerosol propellants in cans of keyboard cleaners is yet another way teens have found to get high using household products. Keyboard cleaners contain fluorinated hydrocarbons as a propellant. This gas delivers a short, intense high that raises heart rates and can cause seizures.

If teens inhale these substances frequently, they can damage their hearts, kidneys, and livers, as well as their do permanent damage to their brains. In rare cases when the heartbeat becomes wildly irregular, teens have been killed while “dusting,” as inhaling keyboard cleaner is often called.